Maquiladoras**, Will They Be Able to Keep Their Fiscal/Tax Benefits?

Four months out from suspending the  decree which provided fiscal/tax benefits to more than 6,673 maquiladoras, the entrepreneurs of that sector are asking fiscal authorities to extend the coverage period due to these benefits set to expire this coming December 31.

To not do so will mean a continuing uncertainty for those investors in the maquiladora industry and export manufacturing, in addition to Mexico losing its competitive edge with other countries.

Luis Aguirre Lang, president of the National Council of the Maquiladora and Export Manufacturing (Consejo Nacional de la Industria Maquiladora y Manufacturera de Exportación, or CNIMME in Spanish), and Alejandro Cano, president of the Commission on the Export Manufacturing Industry of the Chamber of Deputies, feel it is necessary to extend the decree, which was published in 2007 and which gives the assembly plants in the country the flexibility to pay the flat rate corporate tax (Impuesto Empresarial de Tasa Unica, or IETU in Spanish) and income tax (Impuesto sobre la Renta, or ISR in Spanish).  These assembly plants generate over 2 million jobs and are responsible for 75% of export manufacturing.

Cano said that this should be a law rather than a decree, emphasizing that an industry so important to the country should not have to depend on whether or not a decree is extended.  For that reason, he insists that there be a ruling on the decree initiative filed more than six months ago, and as far as these fiscal/tax benefits, is still being analyzed by the Finance Committee.

Aguirre Lang met with Ernesto Cordero, secretary of Hacienda (the Mexican Treasury Department), to request that the term of the decree be extended for as long as the IETU remains in force, however to date there has been no confirmation that will be done.

He assured that there is overall annoyance among the taxpayers because they have to effect two fiscal calculations, one for the ISR and another for the IETU.  It would therefore be good to take the best of the IETU and pass it on to the ISR.

In turn, the federal government is also not giving the industry an answer as to when, how and in what conditions the new decree would be given.  This lack of definition provokes uncertainty among the investors already operating in the country as well as those who might yet come.

** A maquiladora (also known as a “twin plant”) is a factory or assembly plant operated in Mexico under preferential tariff programs established by the U.S. and Mexican governments to encourage the development of industry in Mexico. Mexico allows materials to be used in maquilas  (manufacturing/assembly plant) to enter duty-free, provided the finished product is then immediately exported out of Mexico. The U.S. in turn charges these products a much lower tariff than products from other countries. 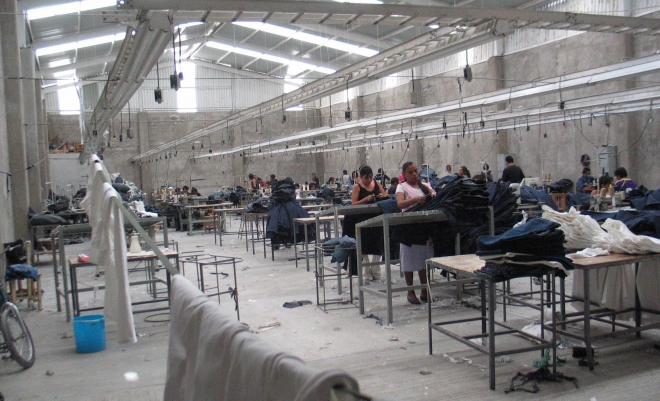