Progress in the Salvaging of Merida’s Historic Downtown Center

Standing out as part of Merida’s Historic Downtown Center salvaging and restoration project which is being conducted by the Ayuntamiento de Mérida (City Council of Mérida) is the 80-percent progress in the work being done at the “Parque Hidalgo”, the “Parque de la Madre”, and at the “Callejon del Congreso”.

As part of the Mayor of Merida’s commitment to heed to the needs of the Historic Downtown Center, $58 million pesos are being invested in this project, which also includes work at the “Pasaje de la Revolucion”, the “Parque de la Paz”, and “La Pepita” market with an investment of $139 million pesos.

Another significant renovation is that of the Zocalo, commonly known among the Yucatecans as the "Plaza Grande", which is surrounded by some of the main buildings of the city, such as the Cathedral, the ”Palacio de Gobierno” (the Government Palace) and the “Palacio Municipal” (City Hall).

The city’s inhabitants will soon benefit from the aesthetics and appearance of these refurbished landmarks.

Workers are beginning to remove the mud/outer walls for placement of new ones, which will give these public places a better overview as recreational and gathering areas, as well as a tourist attraction.  This task encompasses Calle 57 between Calles 58 and 60.

This section of the Downtown Center with buildings and monuments such as the Teatro José Peón Contreras that delights tourists inasmuch as the citizens of Mérida, is one of the most emblematic of the city.

Specific sites undergoing maintenance along these streets are: the “Parque Hidalgo”, the (pedestrian) walkway surrounding the Park, the atrium of the “El Jesus” temple (“Tercera Orden”), the “Parque a la Madre”, “El Monumento a la Maternidad”, and the “Callejon del Congreso”.

Certain parts of the work project needed previous authorization by the National Institute of Anthropology and History (Instituto Nacional de Antropología e Historia, or INAH in Spanish), since the Historic Downtown Center is part of the cultural heritage of the people of Yucatan.

As final details of the work project, all the areas will have borders placed along the walls of the gardens, unpaved roads, public and architectural lighting, as well as green areas.

Mayor Angelica Araujo instructed that these work projects cause minimum disruption for the citizens, such that passage through some areas will soon be allowed and those sections where work continues will be closed off, all the while in constant communication with the businesspeople of the area. 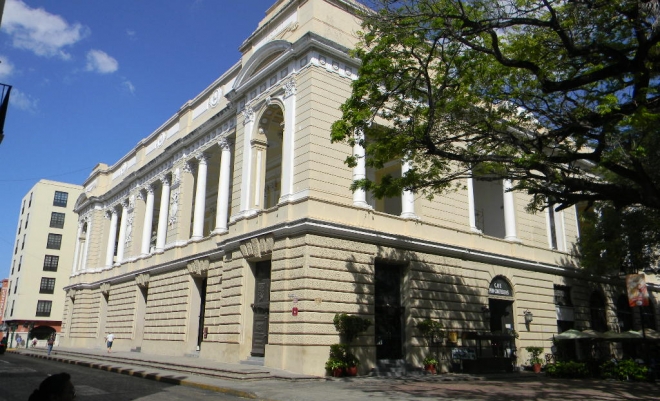