The renovations by Grupo Asur under way at Manuel Crescencio Rejon International Airport (Merida’s International Airport) have made the airport such that it now measures up to other world-class terminals such as those of Atlanta, Chicago and Copenhagen, as reported yesterday by Airport Consortium Regional Director, Hector Navarrete Muñoz.

Heavy investments were made in order to remodel the main entrance to the Merida Airport, improve the waiting area (departure lounge), and for installing a baggage handling system with conveyor belts and an optical-scanning system that performs a sophisticated bag/luggage screening, and as a result the traveler just claims baggage in the appropriate area.

"Personnel no longer deal with baggage and baggage pick-up is much quicker,” indicated Navarrete Muñoz. "This (conveyor) belt is similar to those found in the airports of Atlanta and Chicago (United States) as well as in the airport of Copenhagen (Denmark)."

The waiting area for domestic flights is in the process of being enlarged and improved, and once all scheduled work is completed the Merida Airport will be in good condition and will not need maintenance until 2030.

Navarrete Muñoz emphasized that Mérida will be the gateway to the “Mundo Maya” (Mayan World) because of the great interest prompted by the end of the Mayan calendar predicted by the Mayas 5,000 years ago as well as the entering into a new cycle.

"In addition to the upcoming year being an election year, tourism will also be very important for Yucatan," he underscored. "There is a high likelihood that this cosmic phenomenon will be disseminated worldwide and undoubtedly thousands of tourists will come to “recharge their batteries” at the archaeological sites." 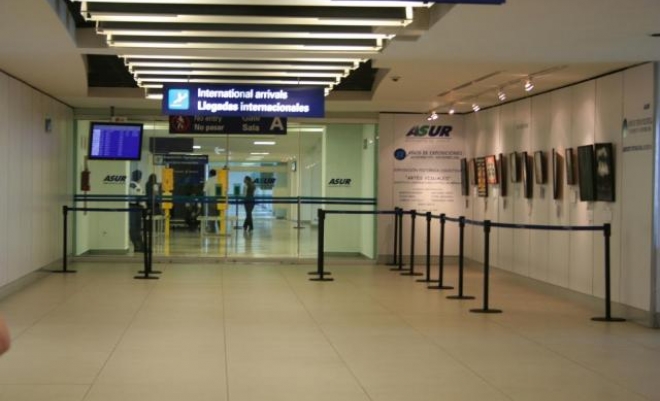