The Ayuntamiento de Merida (i.e., the municipality of Merida) as well as specialists in urban planning are in the midst of preparing an efficient, regulated growth of the city by means of an analysis/study as to the ideal number of housing units built per hectare.

This project, planned to head into 2030, takes into account both the elderly as well as the use of vacant lots found in the Centro Historico (the Historic Downtown area).

Three workshops on topics regarding the impact of the city’s growth as well as the best use of natural resources were introduced at the tenth meeting between the Merida Urban Planning Council, analysts from the Ayuntamiento, and colleges and universities.

Yolanda Fernandez, Director of Urban Development, specified, "In planning the city we seek to benefit the user in the future; as such, we study those city  zones with vacant lots on streets and roads that could  be better used for housing, in other words, we are looking to change the allowable construction or residential zoning density."

The technical secretary of the Council, Leticia Torres Mesias, pointed out,  "…as far as the vacant lots outside the periferico (the beltway around Merida) - these can also be used for building a certain number of housing units, specifically in the areas adjacent to the provinces of Merida, since we are looking to populate them. "

Using this type of information, experts in urban planning will define, in a manner that is both substantiated and legal, the grounds for authorizing a specified number of housing units per hectare.

"Currently 30 to 32 housing units per hectare are built in the municipality (the law allows up to 70 per hectare); as such, the actions undertaken by this municipal government in order to meet the conditions provided by legislation and the infrastructure are significant," emphasized Torres Mesias.

Information on "Merida 2030: Policies and Strategies", a thematic forum for studying the city’s growth, was addressed at this Council.

Fernandez Martinez highlighted that several phenomena are foreseen as occurring simultaneously in 2030. The first of such phenomena is that the age pyramid will be inverted, i.e., the elderly will dominate in number necessitating that the metropolis be much more age-friendly, without so many obstacles that prevent moving about easily.

Other phenomena to be tackled in the forum have to do with the topic of water and the scarcity of hydrocarbons, therefore actions now being taken in cities of other countries with the same view to the future in search of a better quality of life such as Germany, Shanghai and Brazil are being analyzed and studied.

The specialist mentioned that a total of 221 invitations to the forum expected to take place next March have been extended to researchers, scholars, universities, Chambers and associations.

The third topic is a workshop on housing and mobility in the Centro Historico, given in coordination with the Autonomous Government of Andalusia (Junta de Andalucia), Spain this coming month, which intends to examine a better use of vacant lots or buildings that are not in use but that can serve for building housing units.

The Autonomous Government of Andalusia is an association that operates, on a worldwide level, providing consultancy/advisory services to municipalities and which, along with the Urban Development specialists, will be in Merida from the 13th to the 15th of March.

Some procedures (paperwork and/or formalities) will be digital, while others related to permits for individual housing units of up to 45 square meters may be authorized within 24 hours, since they account for more than 80 percent of the services handled by the offices of Urban Development.

As part of the metropolitan vision and the sustainable development of the city, it is worth noting that the municipal government has brought on board more than 21,000 participants in workshops and actions on environmental awareness as well as more than 7,000 experts and citizens in the formulation of the Program for Urban Development (Programa de Desarrollo Urbano, abbreviated PDU in Spanish). 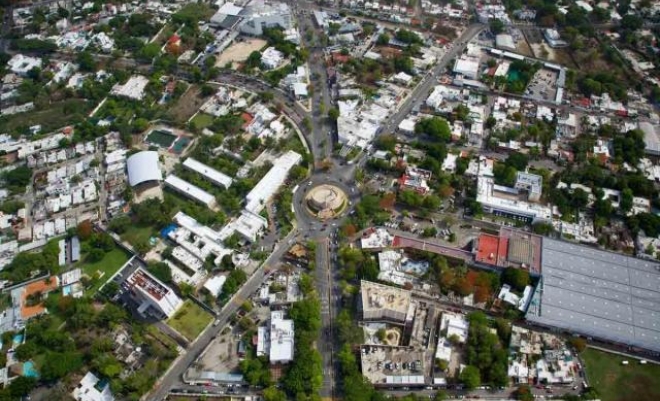