According to the Mexican National Institute of Migration (Spanish: Instituto Nacional de Migracion or INM), over the past year approximately 478 foreigners from Europe, America and Asia chose to set up a business in Yucatan.

The Agency stressed that the foreign entrepreneurs are mainly from the United States, with 83 records; Cuba has 76, Canada 59, Italy 28, France 27, China 23, and Argentina 20.

In addition, both Spain and Belgium record 16 entrepreneurs each; England, 12; Honduras, 11; Germany, 9; and the Dominican Republic and Chile each have 8.

Sociologist Luis Alfonso Ramirez Carrillo explained that this “phenomenon” is due to local businessmen not being well versed on the many market niches that exist, and foreigners target those areas. They put their money on such lines of business as small hotels and restaurants, the local entrepreneur not having the means to give anything that exceeds the expected or established.

He added that another factor as to why foreigners have been able to move ahead with establishing their businesses or small retail shops in the state is that the people of Yucatan lack capital.

Ramirez Carrillo noted that Europeans make the best use of the gastronomic sector, setting up their small restaurants in several municipalities of Yucatan and serving food typical of their part of the world.

As an example, he cited two restaurants that are run by an Italian family: one in Progreso, serving Mediterranean cuisine, and the other a pizza and pasta restaurant in the Las Americas subdivision of Merida.

"They are successful businesses that reflect the phenomenon of foreigners who, in recent years, have come to Yucatan to establish their small businesses, which in their country would be more difficult to start up", he indicated. 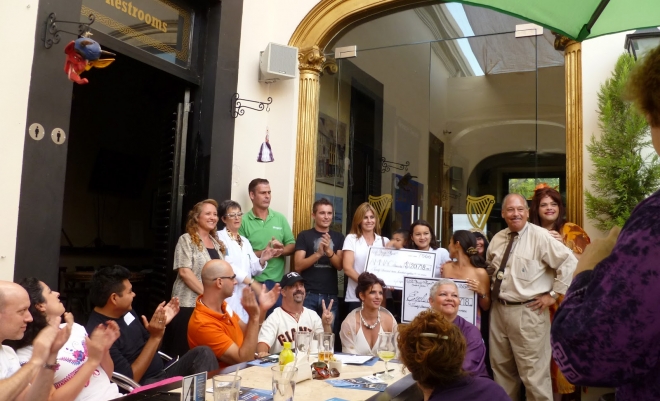