Challenge:  To approve the much delayed labor, fiscal and energy reforms

There exists a widespread belief that the United States economic slowdown will be devastating for Mexico and Central America due to their being overly dependent on the American market. But this belief may be misplaced.

A new phenomenon is proving to be a blessing for Mexico and Central America:  the salary increase in China - a result of the appreciation of the Chinese currency and an increasingly qualified workforce (manpower) - is making for an increasing number of American companies to close their factories in China and move them to Mexico and, to a lesser extent, to Central America.

Nearly every international economist warns that the U.S. economic slowdown will result in fewer American imports, fewer family remittances or transfer of funds, and less tourism, all of which will have more of an adverse effect on Mexico and Central American countries than the rest of Latin America.

According to a recent report by the International Monetary Fund, a prolonged United States economic slowdown will be a "substantial burden" for the Mexican economy.

But there is another school of thought that believes the impact of the salary increase in China will offset the recent wave of bad economic news for Mexico.

According to a recent study by J.P. Morgan, while 10 years ago the average salary in the manufacturing sector of China was 237% less than in Mexico, today it is only 14% less. That means that salaries are practically equal, if one considers that transporting products from China to the United States is much costlier than to do so from Mexico.

The study says that, partly due to this phenomenon, Mexico’s corresponding percentage of United States manufacturing imports grew from 11.3 % in 2005 to 14 % last year.

"The salary gap between China and Mexico has been reduced dramatically," Gabriel Casillas, the chief of economists of J.P. Morgan in Mexico, so told me this week.  "We are seeing an ever-increasing relocation of businesses from China to Mexico.”

The automotive industry has taken the lead. Ford, Volkswagen, Toyota and Mazda recently announced they will open up new manufacturing plants in Mexico or will expand those already existing.

The aerospace industry is hot on their heels, with Airbus, Eurocopter, and Bombardier committed to expanding their operations in the country, according to recent press reports.

I asked Casillas if the wave of violence would affect this trend, and the economist replied that, without a doubt, violence is an important factor and to minimize it would be irresponsible.

But, in general, the violence has been confined to northern Mexico, Guerrero and Michoacán, whereas the majority of new investments are taking place in the central region of the country.

According to other economists, the recent downgrade by Standard and Poor’s of the U.S. long-term credit rating and its economic consequences are likely to result in an even greater valuation of the Chinese currency, which will further increase Chinese salaries. Faced with lower American demand for its products, China will look to accelerate its transition from a primarily export economy to a model increasingly based on domestic consumption, requiring a stronger currency and higher salaries, or so they argue.

Rogelio Ramirez de la O, the economist of Ecanal, of Mexico, who has a close relationship with the leftist candidate Andrés Manuel Lopez Obrador, is somewhere between the optimists and the pessimists:

"Higher salaries in China will mitigate the impact of U.S. economic slowdown, but will not offset it," he said. Ramirez De la O anticipates that the Mexican economy will grow 3.8% this year, slightly less than previously calculated.

My opinion: The Chinese salary increase is not only a blessing for Mexico, it could also be a great help for Central America.  It could be the best opportunity in recent years that Mexico has had for emerging from its economic stagnation and become a first-tier emerging economic power like Brazil, South Africa or India.

But in order to achieve this, Mexico will have to reduce its levels of violence and approve the much delayed labor, fiscal and energy reforms after the 2012 presidential election.

It is a golden opportunity. We will soon know if its politicians have the courage to seize this opportunity. 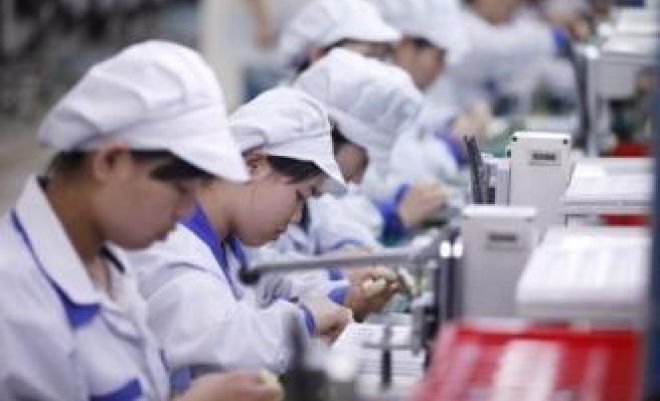