The Partnerships Awards 2012 ceremony awarded the International PARTNERSHIPS AWARDS 2012 to the Gran Museo del Mundo Maya de Merida (Merida Great Maya World Museum) in the category of Best Pathfinder Project for the preservation of cultural heritage and its promotion under the framework of Public Service Projects (Proyectos de Prestación de Servicios in Spanish, abbreviated PPS). This Museum is a Mexican project developed by architects from Grupo 4A, and built by the Grupo Hermes de Mexico, along with the Promotora de Cultura Yaxche company and the IDIMSA construction company.

Promotora de Cultura Yaxche accepted this important distinction on behalf of Grupo Hermes and the state agency known as CULTUR (Patronato de las Unidades de Servicios Culturales y Turisticos del Estado de Yucatan), promoter of the Project, and on behalf of Governor Ivonne Ortega Pacheco.  The Project competed against other projects from countries such as Canada, the United Kingdom, France, Spain, Colombia, Brazil, United States, Australia and England, among others.

Further information will be forthcoming from Promotora de Cultura Yaxché, Hermes de México and IDIMSA as to the importance of this award for the cultural infrastructure of a country such as Mexico and for a region like the Maya world.

Considered one of the greatest cultural assets of the century introduced through its world-class museum concept, the Museo del Mundo Maya de Merida will offer under one roof a complement to the architectural wonders of Chichen Itza, Uxmal, Ek Balam and Mayapan.  Added to this group will also be the Palacio de la Civilizacion Maya (Palace of Maya Civilization), built in Yaxcaba.

One of the features of the Gran Museo de la Cultura Maya is its six thousand-ton steel frame, a tonnage similar to that used in the construction of the Eiffel Tower in France.

The relevance of its innovative structure and the magnitude of its rooms has been such that the Gran Museo del Mundo Maya de Mérida has drawn the attention of such renowned artists as Richemont Xavier, the Algerian artist who for 10 years now has put on light and sound shows in a number of European countries and who realized a special project for the Yucatan cultural forum.

When completed, the Gran Museo del Mundo Maya de Merida will have four permanent-exhibit showrooms plus one additional showroom for temporary exhibits, a botanical garden, a screening room with a 360-seating capacity, an area for child care, a cafeteria, a store and parking.

And for visitor safety, the Museum will also be equipped to use cutting-edge technology in motion-sensor control systems, closed-circuit television, smoke detection and humidity controls.

The Museum is expected to attract more than one million visitors annually from both the local community, as well as national and international tourists. 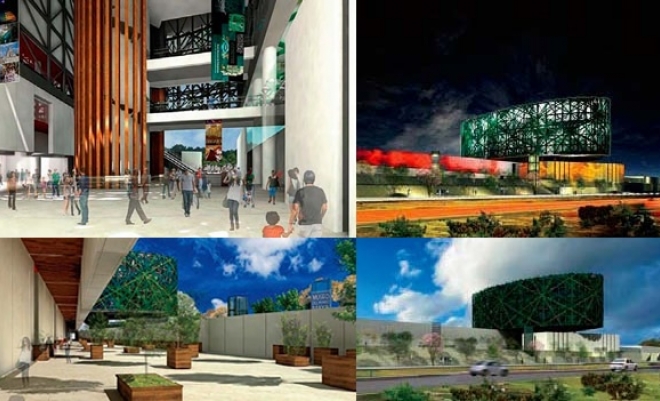