Atypical Safety and Security: Yucatan Has No Crimes!

According to federal figures, the state has not had a single kidnapping incident in 13 years and so far this year there has not been one single aggravated car robbery (carjacking)

MERIDA, October 2. — Juan Soberones sits peacefully on one of the benches located in the Plaza Grande. It is past ten at night and nothing seems to disturb him.  He has his laptop on his lap and does not take his eyes off the monitor.  He does not raise his head to surveil his surroundings nor does he show any concern over the presence of potential thieves, contrary to what anyone with an electronic device in the rest of the country would do almost out of habit, because, he says, Yucatan "smells safe and secure.”

“In Merida you feel and breathe safety and security. To prove it, I simply invite you to go out at night,” Juan repeats. The invitation sounds odd when in at least seven Mexican states— Federal District, State of Mexico, Jalisco, Nuevo Leon, Guerrero, Michoacan and Chihuahua — 61% of the population prefer not to take to the streets for fear of violence related to drug trafficking, according to the Citizenship, Democracy and Drug-related Violence survey taken by the Center for Studies on Institutional Governability (Centro de Estudios para la Gobernalidad Institucional, or CEGI) of the Pan-American Institute for High Business Direction (Instituto Panamericano de Alta Dirección de Empresa, or IPADE).

Neucaria has been religiously setting up her candy stand from 3:00 p.m. to 10:00 p.m. for the past 15 years on this park in Merida. Shy and with a pronounced Yucatan-native accent, she says that when it comes to safety and security, her biggest concern is being assaulted by an impertinent drunk, but when that happens she will not permit herself to be intimidated and will report them to the municipal police.

—“Neucaria, you seriously trust the municipal police?” she is asked with surprise, since even President Felipe Calderon himself has acknowledged that Mexicans do not trust this institution due to the chain of complicity with criminals, and the Citizenship, Democracy and Drug-related Violence survey showed that only seven out of every hundred Mexicans believe in their work.

—-“The police do their job well, so I have always asked them for help,” she answers without hesitation.

The authorities inasmuch as the citizens of Yucatan agree that in this state the police can be trusted. "The proof is in the pudding.  Suffice it to say that criminal complaints and police reports made by telephone to 089 and 066 increased fourfold from 2007 to date", says Hctor Cabrera Rivero, Attorney General of Yucatan.

Even the taxi drivers can corroborate this as they cover the city and its surroundings and are in touch with and can gauge the level of safety and security, each passenger being a source of information.

— “Of course!” replied the taxi driver without thinking twice, as if the response was more than obvious.

This perception by the Yucatecans that their state is safe and secure could arouse skepticism with the rest of Mexicans, since in other states there is a feeling of violence in the air, but the figures speak for themselves to calm these doubts: Yucatan holds the lowest indices of ordinary crimes (ordinary offenses committed within the jurisdiction of local authorities and not federal authorities).

It has been 13 years since there has been any record of kidnapping incidents in Yucatan, according to the Executive Secretariat of the National System of Public Safety. To date, there has not been one single aggravated car robbery (carjacking) and this crime fell 60% between 2010 and 2011. Additionally, Yucatan is the state in the country that recovers the most number of stolen cars. The Extortion Unit reduced extortion payments by almost 50% in one year.

Although Yucatan is not a paradise, since serious safety and security problems remain unresolved – such as human trafficking, especially Cubans going to the United States, according to research by the Office of the General Prosecutor (Procuraduria General de la Republica, or PGR) – some countries have recognized its safety and security-related work.

The state prosecutor, Hector Cabrero Rivera, along with the secretary of State Public Safety, Luis Felipe Saiden Ojeda, identified three fundamental mainstays in these achievements: citizen reporting (of crimes), training and intelligence, as well as coordination between police officers.

“The people in Merida are not afraid to make or file reports and we have found – in both national and international studies --that if there is a sound sense of trust between the citizen and the authority, crime has difficulty in progressing because impunity and crime navigate precisely in mistrust," affirmed Cabrero.

Authorities from Mexico City have come to Yucatan to ask how the extortion units work, since they are one of the most effective in the country.  Also functioning is the Drug-Dealing Agency, which has allowed them to identify how these gangs operate.

The authorities agree that the formula for safety and security is the good relationship between police and the state Prosecutor’s Office, when in the rest of the country there is a prevailing image of lack of coordination in security and safety institutions, as corroborated by Antonio Mazzitelli, representative for the Regional Office of the United Nations for Mexico, Central America and the Caribbean.

"At a checkpoint, if at any moment we were to feel overcome, we have the support of the military, federal forces and the Ministerial Police. If we cannot rely on our colleagues, there will never be strength. There is strength in numbers," affirms Commander Emilio Fernando Zacarias Laines, responsible for the Teya checkpoint on the border with Quintana Roo.

Saiden Ojeda is one of the few state secretaries of safety, or perhaps the only one, who can afford to get onto a police motorcycle, turn it on and, in uniform, go out on patrol from time to time and then return to his office a few hours later safe and sound. While on his patrol route, he has been spotted fining drivers.

The cars in Merida move around in total order. If at a stop sign, the cars stop behind the pedestrian crossing and drivers respect the pedestrian. Garbage is not seen on the streets or in the parks either, thanks to a good civic culture.

In the distance away from the Plaza Grande sit young Estephania and Ruby. It is eight o'clock at night and neither father has called to ask if they are alright or where they are. "I do not have to worry, nor do my parents, that something is going to happen to me. That is one of the benefits of living in Merida.” 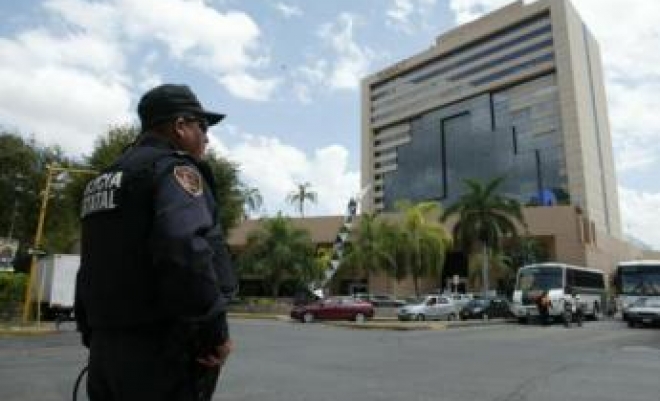