Caution! Adhesive Tape on Windows Does Not Protect Against Hurricanes

In Yucatan, and in general throughout the Caribbean and the Gulf of Mexico, a widely-adopted custom is to place adhesive tape on glass windows and doors when there is a threat of a hurricane.

However, during a conference, several American specialists warned that this precautionary measure is in reality only a self-defeating myth because it actually increases the risk of serious injury.

"We want to eliminate this myth," said the director of the National Hurricane Center, Bill Read, to the hundreds of meteorologists and emergency officials who attended the week-long conference in Orlando, Florida. "It does not protect your windows. In the best case scenario, it is an inconvenience.  In the worst case scenario, some people have the illusion that they are safe ... and people could be severely injured."

Instead, people living in hurricane-prone areas should use already-proven measures, like installing fixed boards in front of the windows, as well as installing impact resistant glass, advised Read.

Placement of tape on the windows can cause larger and more deadly fragments of glass when wind bursts through and into the house, said Leslie Chapman-Henderson, president and director of the Federal Alliance for Safe Homes - an independent group dedicated to family protection and home reinforcement. "Those fragments may be larger because they are taped together," said Chapman-Henderson.

The Chapman-Henderson Group urges television weather newscasters to inform their viewers to forget about the tape in the next Atlantic hurricane season, which begins June 1 and ends November 30. 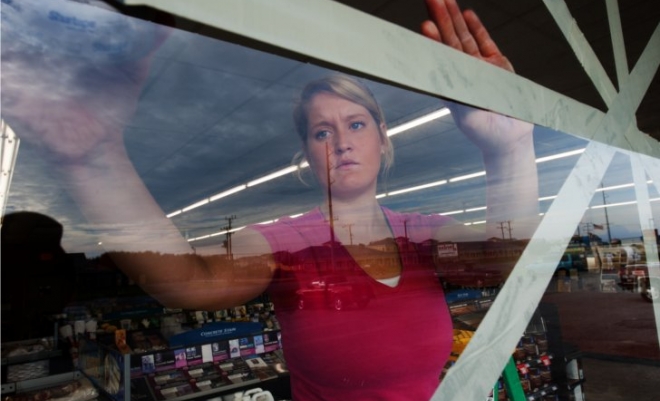