Tranquility and secure, safe conditions in Merida – its strengths for investors

Merida’s strength lies in its secure, safe conditions, its culture and its history - elements that today are essential in enabling the nations of the world to thus focus their attention on further developing the growing metropolises, asserted Miguel Angel Fernandez Mozarambios y Bernaben, the Consul General of Spain in Mexico.

In a meeting with the mayor of Méerida, Alvaro Omar Lara Pacheco, and the Honorary Consul of Spain in Yucatan, Victor Gomez Rodriguez, the diplomat stressed his interest in the Spanish community acquiring a more in-depth knowledge of the appeals and charms found in the capital of Yucatan that can be capitalized on as potential investments.

The Consul General of Spain in Mexico agreed with the mayor of Merida that the tranquility and secure, safe conditions found in the capital of Yucatan will allow for strengthening of the tourism industry, as well as arouse the interest of investors.

On this note, the mayor of Merida stated that the municipality is, in fact, working on strengthening the tourism sector, and stressed that, "by teaming up with the State government, city landmarks like the ‘Pasaje de la Revolucion’, ‘Parque Hidalgo’, ‘Parque de la Madre’ and our downtown center streets have been salvaged. We are working aggressively to salvage our Historic Downtown Center.”

Once viewpoints were exchanged and becoming more knowledgeable about Merida, the Consul General of Spain in Mexico stated his visit is ceremonial, looking forward to conveying and discussing the opportunities for multiplying development through investments benefitting both parties.

He held, "Relations with Merida are going well. The Spanish community in Merida is small but they have a great love (for Merida). There are small companies that we believe can be multiplied; as such, an essential part of the visit is to spur interest and investment opportunities in this city."

He insisted that the potential of Merida lies in its secure, safe conditions and tranquility - very valuable elements for any nation in the world watching. “Merida is striving to strengthen the tourism industry,” said Miguel Angel Fernandez, adding, “That is our strong point in Spain, so I think there are quite a few possibilities and our interest is to show Spain that Merida, Mexico exists,".

In conclusion, emphasizing that this is his first visit to Merida, the Spanish diplomat shared, “This city is industrious, driven at all times to salvaging and preserving its history through the restoration of its historic downtown center.” 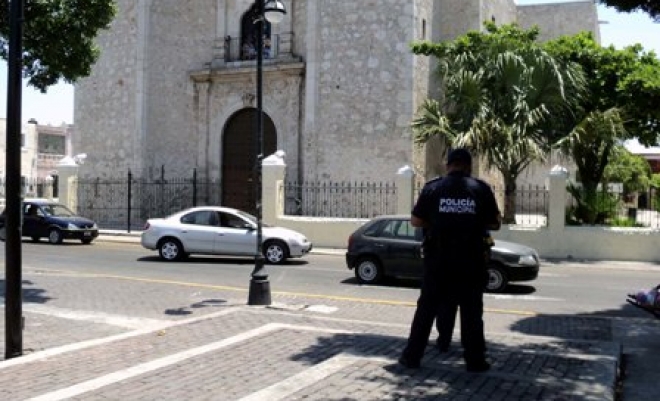